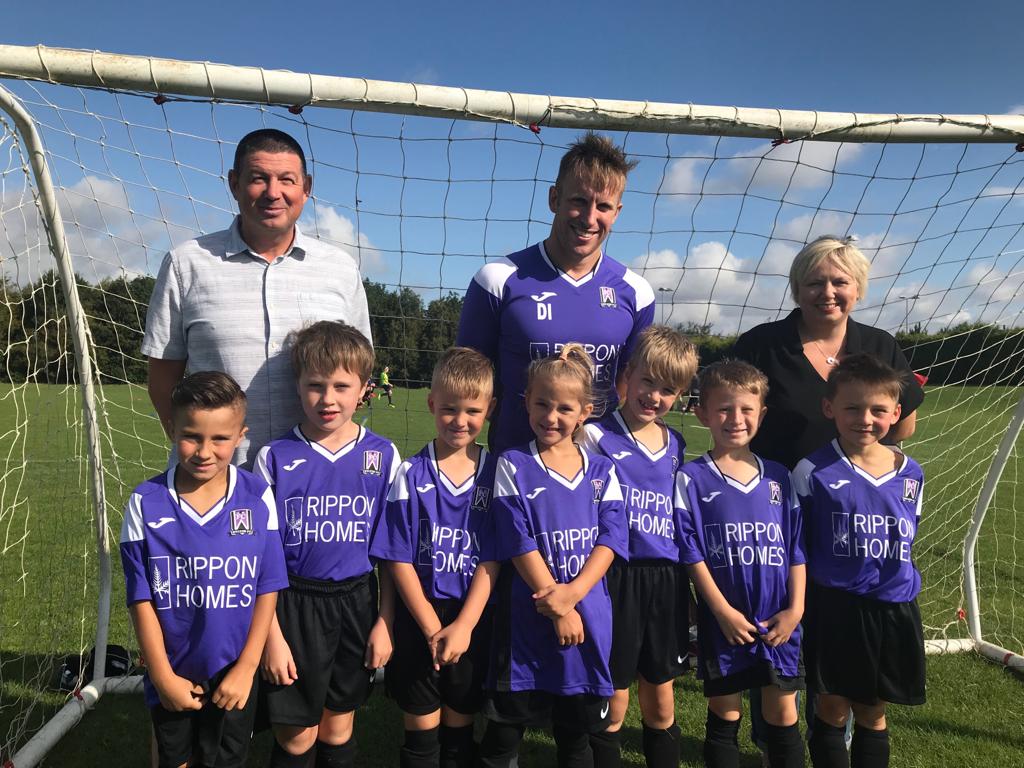 Rippon Homes has agreed its sponsorship of a youth football team based near to its Roman Meadow development in the village of Welton, Lincolnshire.

The leading developer has sponsored the club by providing Rippon-branded training kits for Welton JFC under eight’s side over the course of the 2019/20 season.

Hosting its home games at Manor Park, the club, which has won the Lincolnshire Co-Op Mid Lincs County Youth League’s ‘Club of the Year’ for the past two years, is overseen solely on a voluntary basis and offers an opportunity for budding players as young as three to get involved in the beautiful game.

Dave Isherwood has been involved with the setup at Welton JFC since his daughter joined four years ago, and manages the under eight’s team, which currently comprises nine players, alongside another parent.

“A few of my friends have bought properties at Roman Meadow,” he explains, “so I’d heard of the company and decided to write to them about the situation with our training kits.

“I’m delighted to say that Rippon has been absolutely brilliant in helping us out.

“The club relies on local sponsors to supply playing kits and the like, and without these donations, player fees would have to be increased and things would begin to get quite costly for parents.”

The 2018/19 season marked the team’s first together, and saw them reaching two cup final events. For the new season, Dave’s aim is to focus on the personal development of each player, and he hopes that the kit donation will act as a big boost.

“We like to try and make the children feel as though they are part of something big,” he continues, “and each team has its own training tops.

“The players love having their own identification, and on behalf of the club, I would like to say a massive thank you to Rippon, as without their support, we would struggle to continue.”

Joanne Shaw, Sales and Marketing Manager at Rippon Homes, said: “It has been a pleasure to be able to sponsor Welton JFC.

“The club plays a vital role in getting people of all ages from the local area involved in playing football, and we really hope that the players enjoy training in their new kits.”

The stunning, four-bedroom detached Windsor at plot 3 is currently available to reserve at Roman Meadow, and is priced at £285,000.

To find out more about Welton JFC, go to the club’s website at http://weltonfc.co.uk, or to enquire about the under eight’s side, contact Dave via email at daveisherwood1@aol.co.uk.